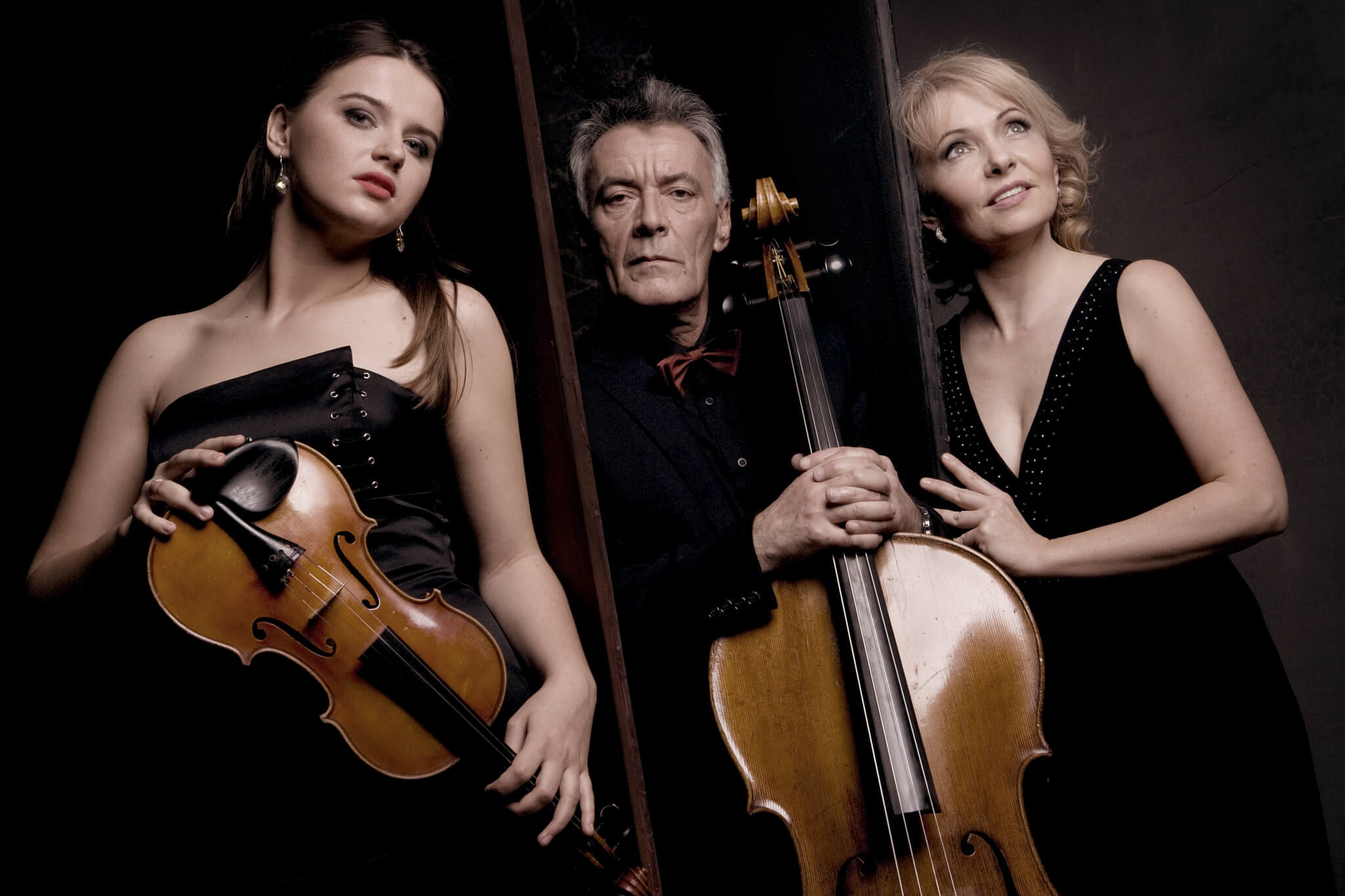 Huberman Piano Trio has been established in 2013. The musicians gained their musical education in leading musical centres, such as Moscow, Poznań, Katowice, Warsaw. They perform regularly in France and in Poland.

BARBARA KARAŚKIEWICZ
The pianist graduated from the University of Music in Katowice/Poland with distinction in 1999 under Prof. Monika Sikorska-Wojtacha. She honed her piano skills during her postgraduate studies under Prof. Wojciech Switała. In 2013 she completed her Ph.D. studies in piano performance at the Fryderyk Chopin University of Music in Warsaw, Poland.
She is a prize winner of many competitions, including:
• the 4th International Karol Szymanowski Competiton in Lódz (Poland) and the Special Award for the best Polish participant;
• the 21st Festival of Polish Pianistic (“Estrada Młodych”) and the Special Award for the best performance of Karol Szymanowski’s pieces;
• the 28th and the 29 th Competition for the Fryderyk Chopin Artistic Scholarships in Warsaw;
• the 1st Polish National Chopin Piano Competition in Warsaw;
• the 20th Century Music Competition in Warsaw;
• the Mozart Competition in Gdansk, Poland
Barbara performs all over Europe and in South America.
She has published 5 CDs containing solo piano music. The 5th (piano music by K. Szymanowski) has been nominated to the prestigeous Polish musical award “Fryderyki” in 2018.

MAGDALENA ZIARKOWSKA
The violinist graduated from the Music Academy in Poznań in the violin class of prof. Jarosław Żołnierczyk. Since September 2016 she works as the concertmaster of the Częstochowa Philharmonic.
She is a laureate of many competitions, including:
• 1st prize (solo) and second prize (chamber) in the International Competition “Musica Insieme” in Venice.
• 2nd prize in the Youth Competition for solo violin Tadeusz Wroński (Tomaszów Mazowiecki)
• distinctions in the 10th International Music Competition J. Zarębski (Łomianki – Izabelin)
She perfected her skills under the supervision of famous professors, such as: Gregor Sigl (Artemis Quartett), Bartłomiej Nizoł, Kuba Jakowicz, Bartosz Bryła, Tomasz Tomaszewski, Piotr Pławner, Magdalena Rezler-Niesiołowska, Janusz Kucharski, Krzysztof Śmietana.
Since 2011 Magdalena belongs to the Young Polish Philharmonic Orchestra led by Adam Klocek, with whom she played in the most prestigeous concert halls of Poland and in Shanghai.

SERGEI RYSANOV
The cellist graduated from the Music Conservatory in Baku/Azerbaijan and in Moscow/Russia under the famous Prof. Maria Tchaikovska. He is a prizewinner of many cello competitions:

Since 1991 Sergei lives and works in Poland. He is the concertmaster of the cellos group in the Czestochowa Philharmony in Poland. He often performs solo and with numerous ensembles in Germany, Holland, France, Poland, Russia, South Korea and Ukraine.